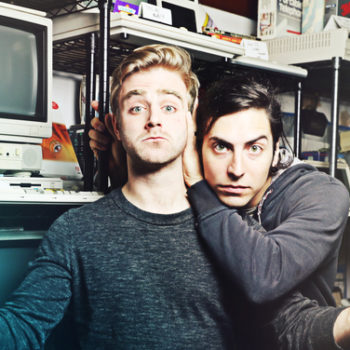 Eleventyseven is an electronically propelled synth rock explosion hailing straight out of the Carolinas. The group is known for their marriage of EDM, Pop and Punk influences as well as their unruly live performances. Releasing their first label debut in 2005, the group quickly gained notoriety on the various Sony/BMG imprints they inhabited. Their second album, Galactic Conquest, cemented them as a “neon-punk” staple in Asia resulting in chart success and extensive touring in Japan. The band has drawn comparisons to Motion City Soundtrack, The Faint, and Cobra Starship. After a slew of other releases they officially disbanded in 2014 only to re-emerge in 2017 with a new album, and podcast chronicling their journey out of the Christian music industry.
Link #4
Link #3
Link #2
Facebook
Website