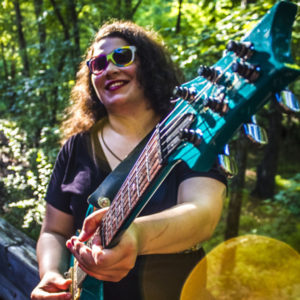 Emily Musolino is a singer-songstress, producer and multi-instrumentalist from Durham, North Carolina. Her music is a mix of soul, rock, and blues that has been described as a “Soul Diva Mind Explosion.” The depth of emotion in her voice is stunning and she shreds the guitar like nobody’s business.

Emily released her newest album “The Vault” in April 2018. She has been featured several times on NPR’s the State of Things with Frank Stasio and has been written up in The News and Observer. She currently fronts the Emily Musolino Band and regularly performs as both bandleader and soloist around the country.